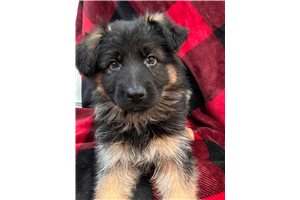 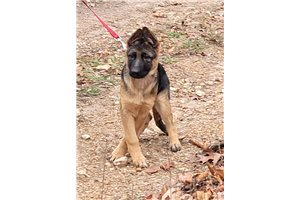 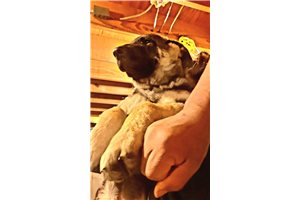 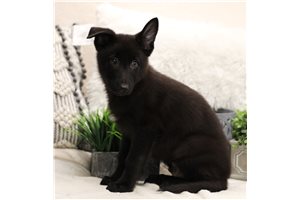 The health of your new puppy is our primary concern, read more about our Health Guarantee. 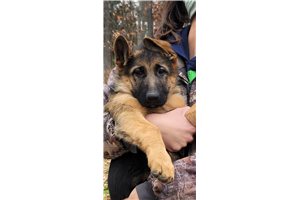 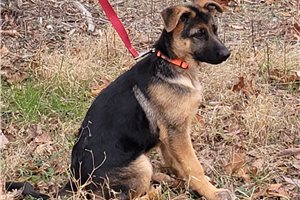 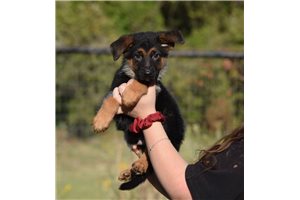 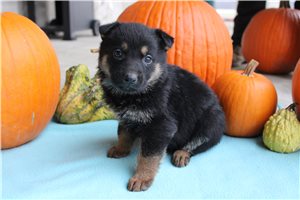 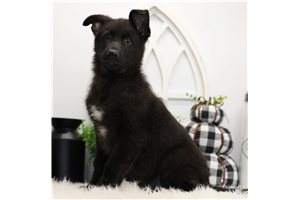 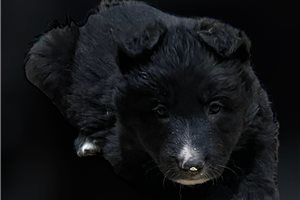 1-Month Included with every Puppy!*

Only with Pawrade, you receive a pet insurance policy with no waiting period included for immediate accident or illness coverage.
*NY, SC residents excluded 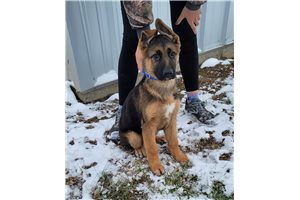 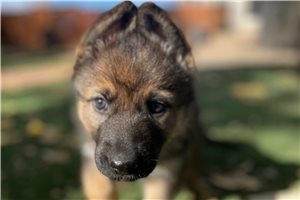 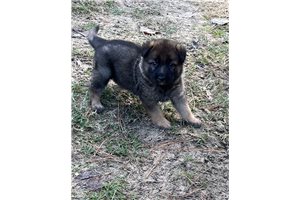 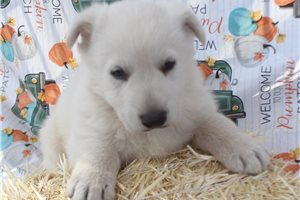 Thank you to everyone, my experience was amazing! My new puppy Luna is a little bundle of joy. 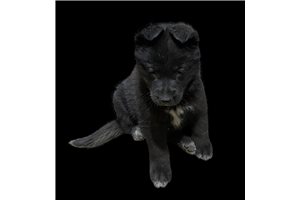 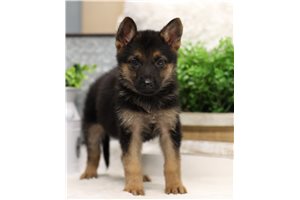 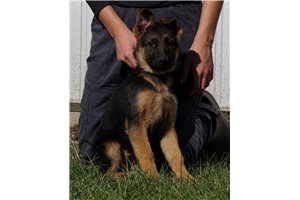 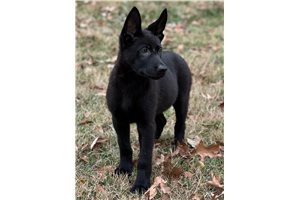 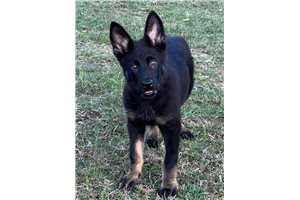 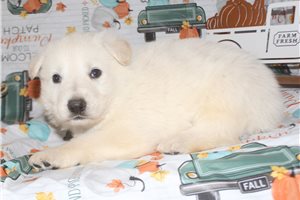 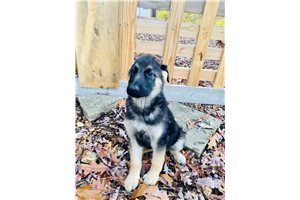 German Shepherd Puppies for Sale: About the Breed

The German Shepherd is a relatively new breed of dog whose origins date back to 1899. They were originally bred for herding sheep and protecting flocks and were then used in military settings before gaining popularity by becoming one of the top 3 most popular dog breeds in America. Due to their keen sense of smell, courage, speed, and strength, these intelligent dogs are now both beloved family pets and utilized as working dogs for security, search and rescue, police, military, and service dogs.

A German Shepherd is a medium-to-large working dog with a strong, muscular body, pointy ears that stand on the top of the head, a long muzzle, and a square head. Their noble expression shows off their lively eyes. German Shepherds have a long, bushy tail and a double coat that comes in a range of colors including black, tan, jet black, blue, sable, and even white. They are heavy shedders and blow their coats about two times a year.

When you search "German Shepherd puppy for sale near me," you will find these dogs need an active home that will provide the right level of interaction and exercise to match their high energy. This breed needs at least 2 hours a day of rigorous physical and mental exercise. In addition to exercising, a German Shepherd thrives when given a job to do. They love play sessions, long walks, and romping around the dog park chasing a ball with plenty of room to roam. German Shepherds make excellent hiking partners and fitness companions. Because they can be an intense breed, a German Shepherd puppy for sale is not the best choice for a sedentary, inexperienced household lacking time to provide the high level of attention they need.

German Shepherd puppies for sale have remarkable intelligence. Their courage, bravery, loyalty, and faithfulness make them a popular choice for those seeking companionship in an active, smart breed. German Shepherds demonstrate a high level of mental alertness and stay calm in new environments.

Although their imposing stature can be intimidating to strangers, they are actually very gentle, loving dogs and will warm up quickly to unfamiliar people. They are initially wary of strangers and are quick to defend their pack if they sense any danger, so German Shepherds make excellent guard dogs while also being faithful family dogs.

A German Shepherd puppy for sale demonstrates an astounding level of intelligence, making them very easy to train. This working dog responds well to a variety of commands. As such, German Shepherds are extremely obedient. They do need early training in socialization and obedience using firm, fair, and consistent rewards. German Shepherd puppies are quite sensitive, so it's important to avoid harsh training methods.

German Shepherd puppies' exceptional intelligence makes them very talented in activities like agility, obedience, ball and ring sports, tracking, and Schutzhund for working dogs. If you have small children, you will need to train your German Shepherd not to jump on them or knock them over, and they can get nippy. But overall, they are very good with kids.

A German Shepherd puppy's price varies greatly and usually starts at around $1,650. The cost depends on the lineage of the puppy, breed lines, popularity, pedigree, and much more.

It's highly recommended to get German Shepherd puppies involved in mental and physical activities where they can excel and tap into their natural instincts. They may need to enroll in training beyond puppy kindergarten classes to exercise their intelligence and curb undesirable natural behaviors.

Being involved in specialized activities like shows, agility courses, and service dog training can incur extra expenses. However, a well-stimulated German Shepherd puppy for sale is a more behaved, happy member of the family and is worth the extra effort.

Finding a reputable breeder has never been easier

Pawrade is dedicated to connecting loving families with a dog that needs a home. Using Pawrade to browse for a German Shepherd for sale is a reliable way to ensure that you get a dog from a reputable breeder.

Our focus is on the health of the dog and ethical, sustainable breeding practices. We ensure that the breeders on our platform are genuine, so you have peace of mind in knowing that you are receiving exactly what you expect.

If you've always dreamed of owning this type of dog, choose Pawrade for your German Shepherd for sale and begin a new chapter in your life today!

Stop searching for "German Shepherd puppies near me" – you've come to the right place! We understand just how difficult it is to find a legitimate breeder, so we've put our experience and expertise to work for you.

We have zero tolerance toward puppy mills and pride ourselves in connecting you with honest and reputable breeders where puppies are raised with love and compassion.

As fellow puppy owners, we know the importance of having a happy and healthy puppy. Every puppy is backed by our comprehensive health guarantee.

Pawrade guarantees you with 100% certainty that you will NOT be scammed using our services.

Discover what real customers have to say about Pawrade!

We got our pearl (now named bailey) this afternoon. She is a beautiful girl. Pawrade was excellent to work with. The transport had some issues but in the end worked out excellent. Pearl was delivered clean and seemed happy and well cared for. The folks transporting her were very nice and considerate. Thankyou to all of you who brought pearl home to us.

My sales rep answered all my questions in a timely manner and we now have a cutie! Ty for your help!

Everything was so smooth and easy. Gabby (Sky) is so perfect❤🐾 We love her so much already. Just beautiful 💙 Thank you so much!!

Excellent site and excellent service. Whenever I had a question regarding any puppy that I was interested in, my questions were quickly answered. I felt confident in choosing a puppy that best fit my home and family. Thanks to Pawrade, and all the help from Jennifer and Lindsey, I have a precious fur baby to dote on!~

The process was great! The breeder was wonderful! Everything was step by step, with a smooth transition! Our beautiful Corgi Girl Chloe is just awesome, she is well behaved, loving and just Perfect!

has been saved to your favorites!